Castles and Palaces of Europe
by Anne de Kersaint 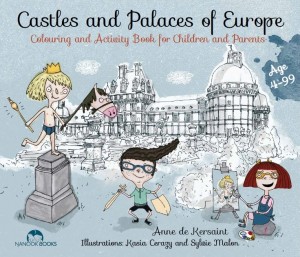 This colouring and activity book features some of the most beautiful European castles and palaces: Windsor (one of the residences of England’s royal family), Blenheim (residence of the dukes of Malborough), Caernarvon (a castle built by King Edward I), Stirling (seat of the coronation of several Scottish kings and queens), Blarney (one of the castle’s stones is said to be capable of bestowing the talent of eloquence), and in France, Foix (a castle full of legends nested in the Pyrenees mountains) , Fougères (one of the largest medieval fortresses), Sully-sur-Loire (a palatial, seigniorial residence) and Chenonceau (a bridge-like castle spanning the Cher river), Vaux le Vicomte (a masterpiece of Classicism), Fontainebleau (a Renaissance palace built by King Francis I of France), Chambord (the largest castle in the Loire valley, designed by Leonardo da Vinci), the Louvre (a palace of the kings of France, famous as a world-class museum), Versailles (the palace of King Louis XIV of France), as well as Malbork in Poland (the seat of the Grand Master of the Teutonic Order), the Doge’s Palace in Italy (the residence of the supreme authority of Venice), the Winter Palace (the residence of the Russian tsars) and Neuschwanstein in Germany (Ludwig II of Bavaria’s palace—Disneyland’s original inspiration).

Each castle or palace is presented over 2 to 4 pages, and this includes 1 to 2 pages of colouring activities, a brief history and legend connected with the castle, illustrated for another colouring activity.

Penny Hue, Dorian the Historian and Lenny Legend are three characters that accompany the child throughout these colouring and reading activities, adding both animation and solemnity to their exploration. They hide, play and comment: speech bubbles appear throughout the book. A very special folding model is featured on the central pages of the book: a colourful miniature 3D-model of the Vaux le Vicomte castle. 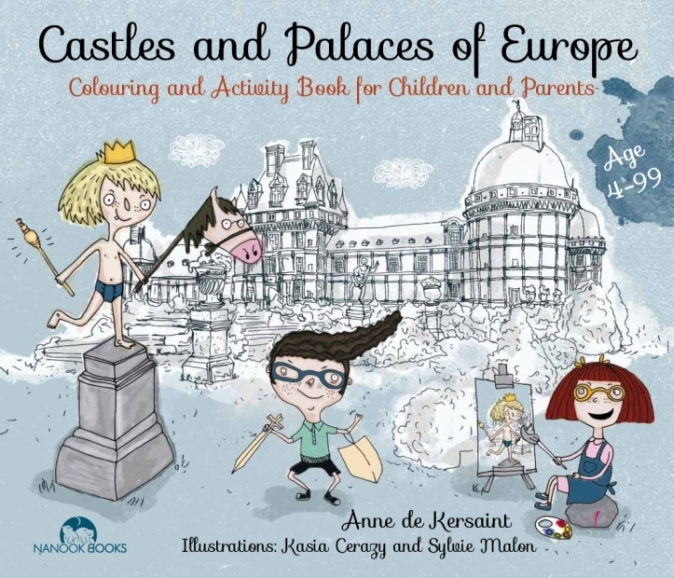 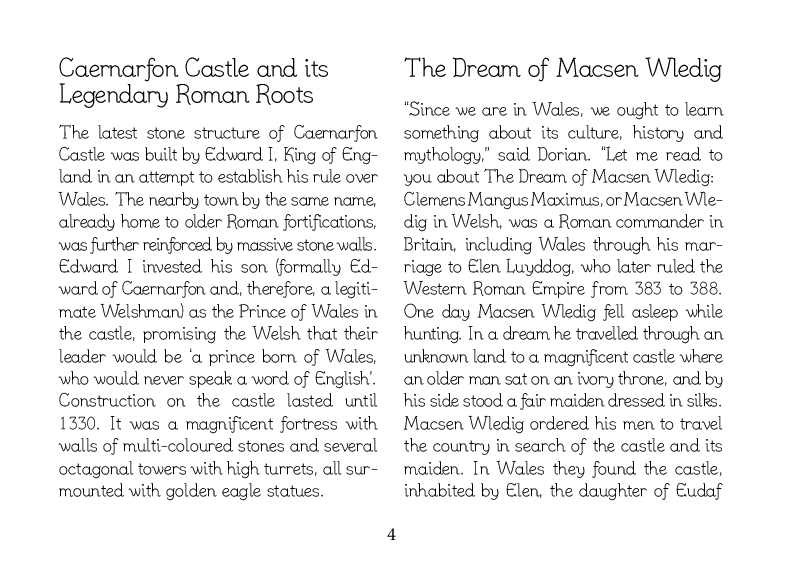 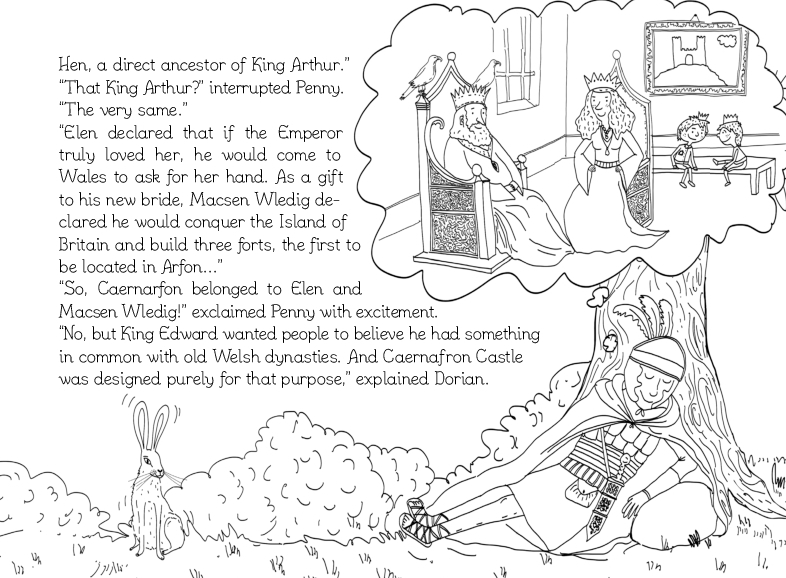 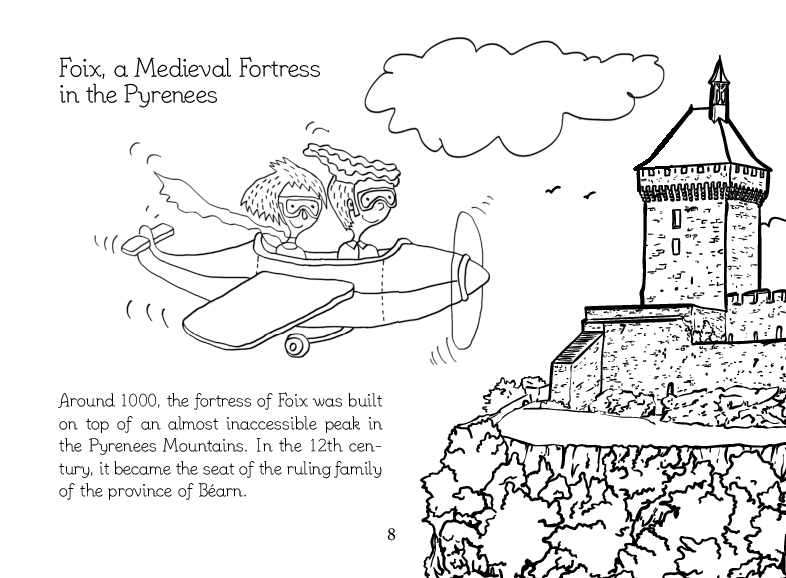 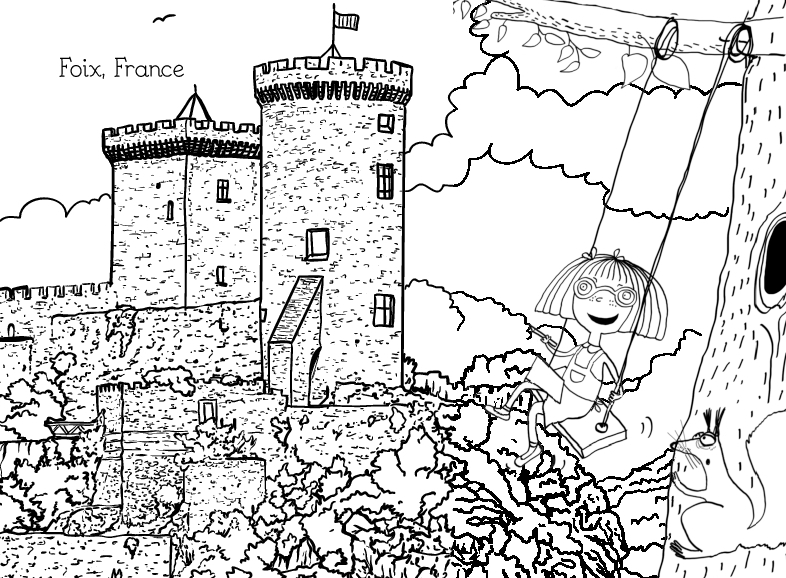 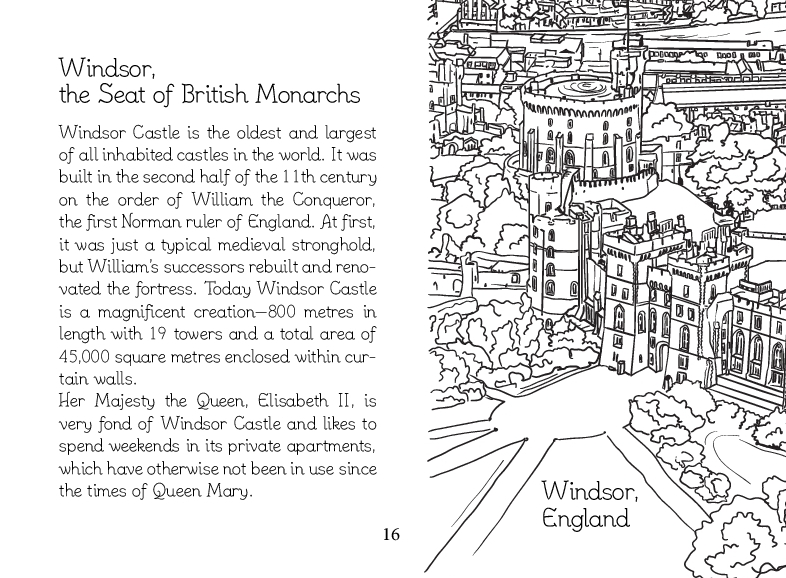 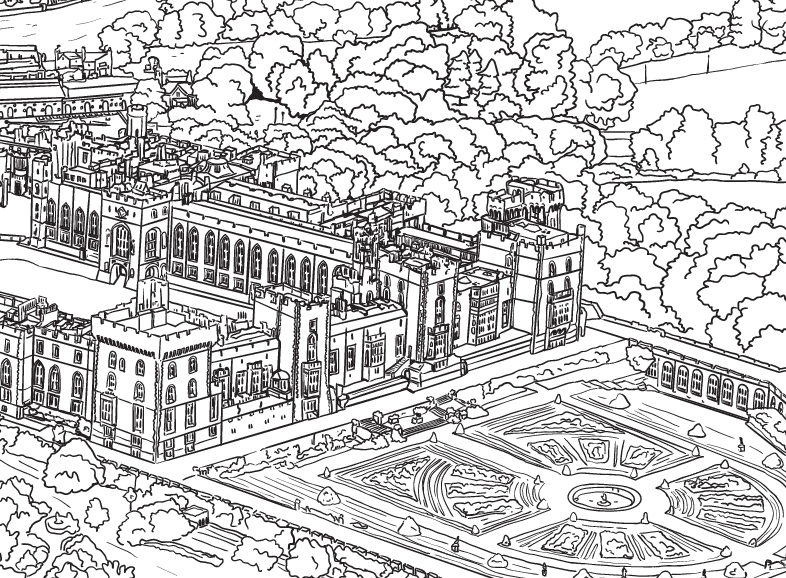 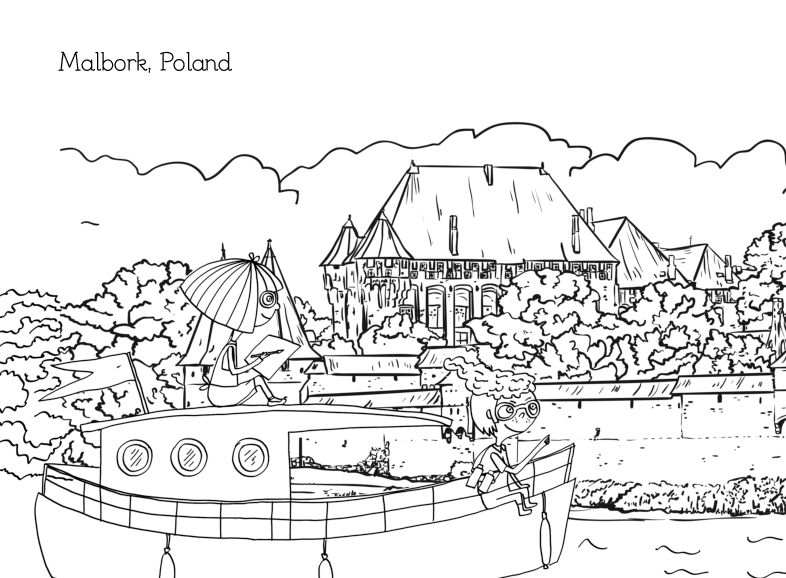 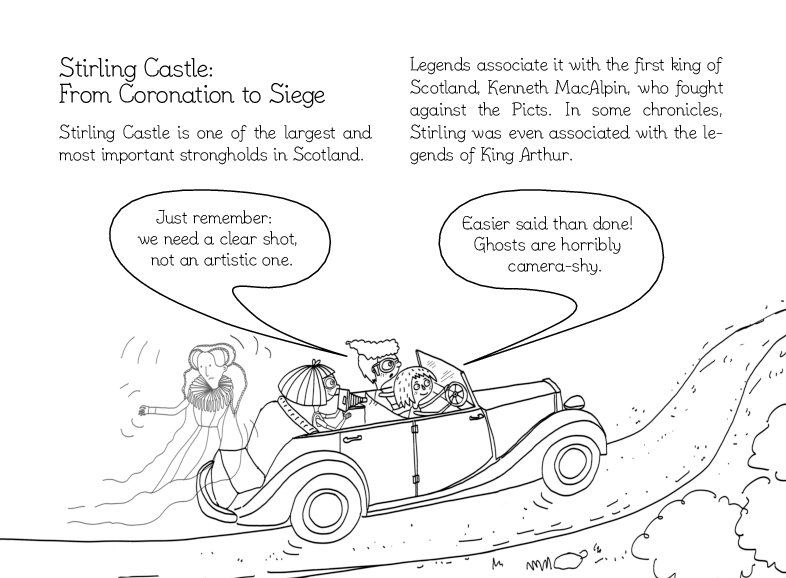 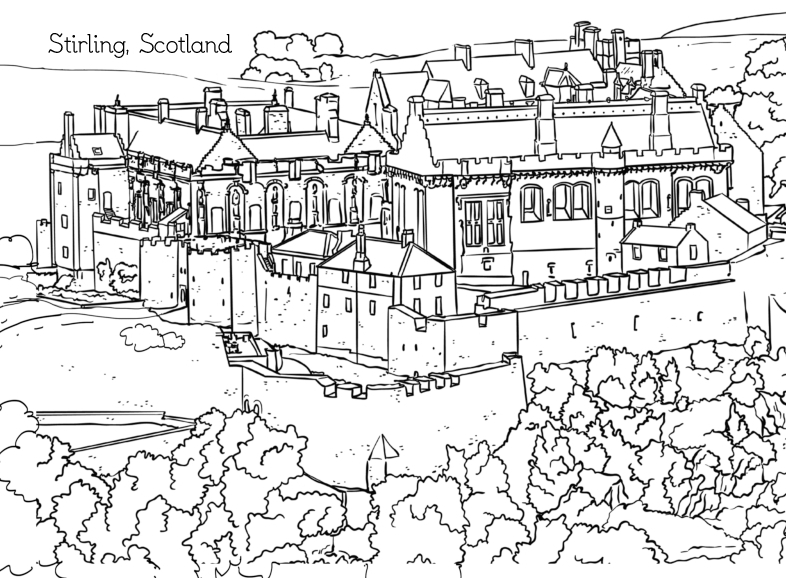 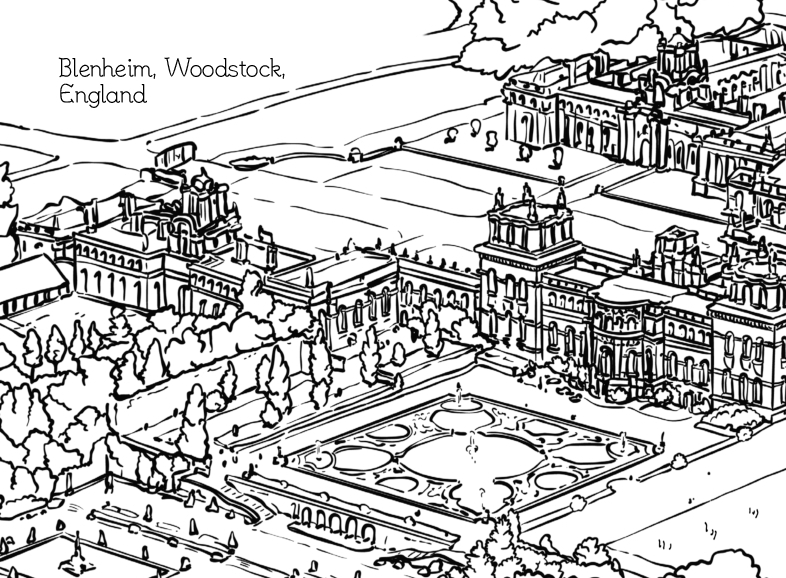 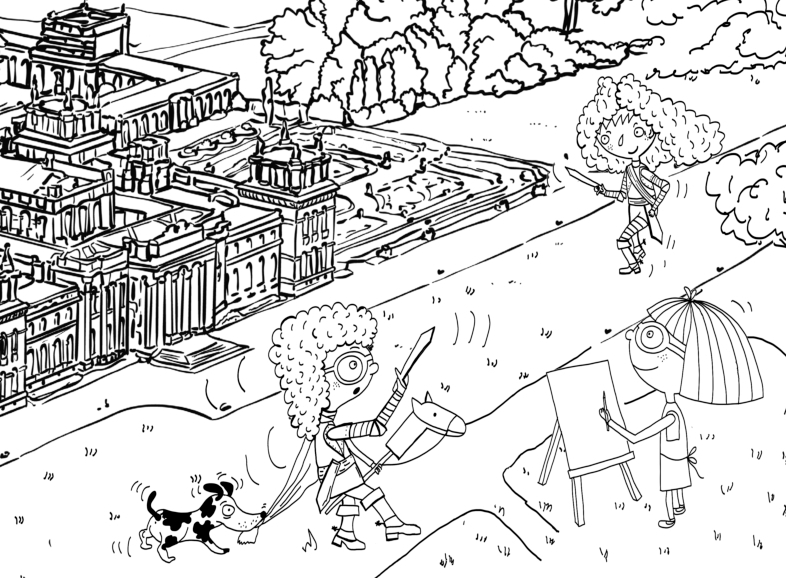 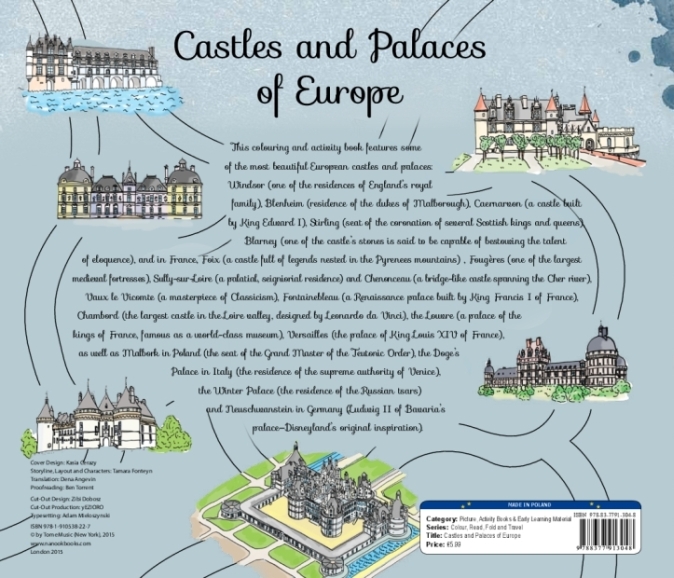 No regrets, no second thoughts. We, kid and I, had fun. Looks like we’ll be reading it again. With a bit of animal-voice acting, the stories come to life v. nicely all the way to the moral punch line (unfortunately a rarity in today’s world)!

Great buy for a great sleep! Since I’m usually the designated bedtime reader who puts the kids to sleep, I’d better enjoy the book too. So here’s my take… If my yawning kids urge me to read on, eager as much as I am, something must be right.

“This was a book that has served my 8th grade student that needed a book that not only supplied what he hadn't had the year before but gave additional work on a higher level.”
Patricka A. Dake

“A lovely introduction to an old classic. Beautifully reinterpreted and well illustrated. Will keep most children absorbed and wanting more.”
Philidor

“Bought it for a friend's kids. I read it to them and they loved it. Now they want a paper version too. Highly recommended.”
Chris in Fukuoka

“This book provided some really good exercises. We used in to add enrichment and additional practice for students during our summer program. Students liked the tasks.”
D. Johnson